The Cane Corso (pronounced KAH-NEY KOR-SO) is an Italian Mastiff dog breed known for its sleek, athletic build and majestic agility. Most commonly used throughout history as a guard dog, this working dog has captured the hearts of American families in recent years with its affectionate heart and adorably large, wrinkly face. 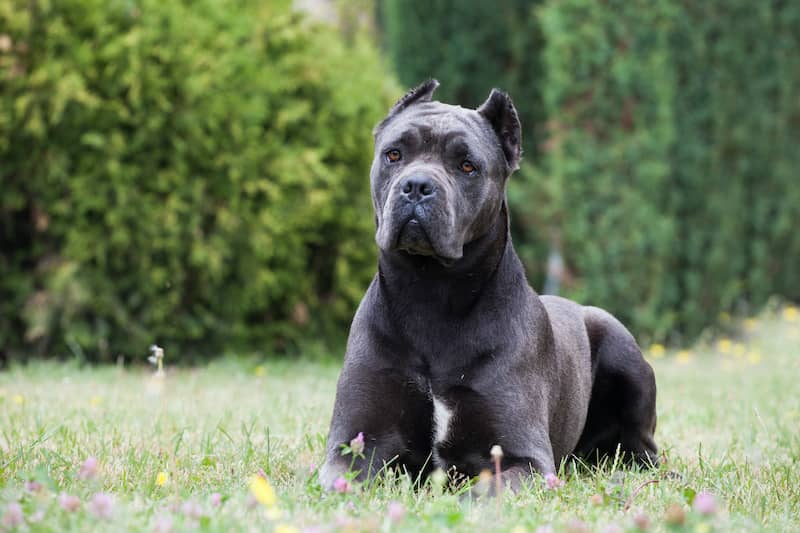 At first glance, the Cane Corso can appear intimidating, but more and more families are interested in the Cane Corso for its easy-going temperament, loyalty, and trainability.

Whether you’re interested in the Cane Corso for its traditional watchdog capabilities or are wondering whether or not it would make a good family pet, this guide will give you all the information you need to know about this lovable breed whose popularity has skyrocketed in recent years.

From breed history to physical characteristics, personality and temperament, health, and care, we have everything you need to know before buying a Cane Corso, as well as some resources on where to buy a Cane Corso puppy.

Cane Corsi (the Italian plural form of Corso) share a common ancestor with Mastiffs—the Greek Mollosi. Most experts believe the Molosi, working dogs in the Greek and Roman empires, were used as war dogs, also known as “pireferi.” These dogs would charge into battle to fight men, lions, tigers, and other beasts of early warfare. An alternative theory is that they were kept as livestock guard dogs. Whatever their origins, this has been their primary use since the fifth century.

Since the Roman Empire, Cane Corso dogs were bred almost exclusively in Southern Italy and used as hunting dogs, shepherds, and guard dogs for farms and henhouses. As these agricultural enterprises faded away over time, so did Cane Corso breeding, until they were almost extinct in the 1970s.

A group of Italian breeders led by Dr. Paolo Breber revived the Cane Corso in the 1980s and the breed began to flourish again, primarily in Europe, until it was introduced to America in 1988. From there, it began to attain even more widespread popularity.

However, the fact that the Cane Corso wasn’t recognized by the American Kennel Club until 2010 shows that the breed has still remained largely unfamiliar to many people in comparison to its larger cousin, the Neopolitan Mastiff, and other Mastiff breeds. By way of contrast, the English Mastiff was recognized by the AKC all the way back in 1885.

The Cane Corso is most recognizable by its large skull and typical mastiff-type wrinkled muzzle and jowls (not uncommonly laced with drool). Their ears are naturally folded, but most breeders crop both the ears and tail. 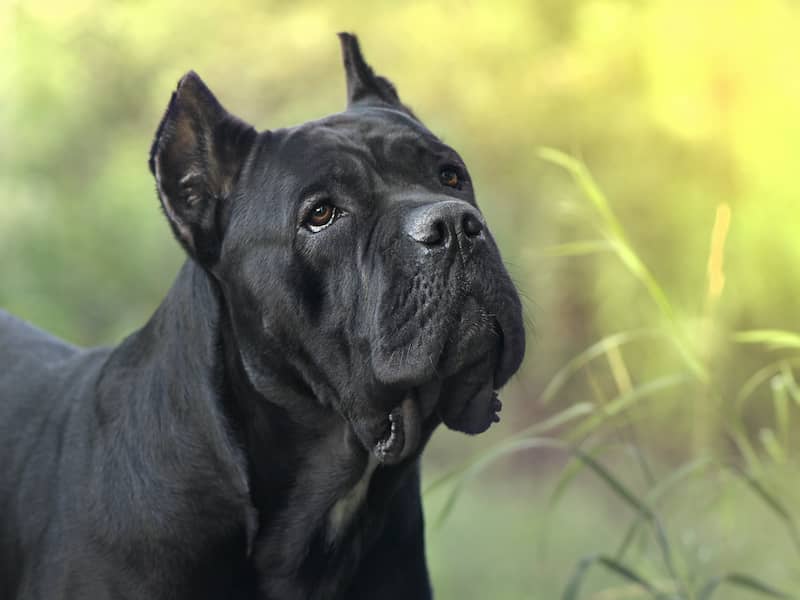 Cane Corsi have a short coat with an undercoat that gets thicker in winter months and sheds throughout the year, though most predominantly in the spring and summer months. The most common Cane Corso coat color is black, though they can also come in lighter or darker shades of gray, fawn, or red. Each of these colors can come with or without brindling. Some also have black or gray masks.

The Cane Corso is an incredibly muscular dog with a compact and athletic build and strong skeleton. They’re considered medium-to-large with heights of around 25 inches, but stocky builds that can reach weights of as much as 88-110 pounds.

Their strength is most obvious in an analysis of their bite, which at 700psi makes them the dog with the third strongest bite.

While the Cane Corso’s strong bite and intimidating size may make some wary, Cane Corso dogs are actually quite affectionate and easy to train.

They are intensely loyal to humans, even children, and can be very good family dogs when socialized responsibly from an early age. Socialization is especially important to avoid any aggressive tendencies that the dog might exhibit toward visitors.

Because of their attachment to their humans, they do fine as single dogs in a household, but they also get along well with other dogs, especially when they have been socialized as a puppy.

Though they are very athletic and enjoy physical activities like swimming, running, and playing, they aren’t overly energetic and are generally easygoing. That said, they should, at minimum, be taken for daily walks to ensure they get plenty of exercise. 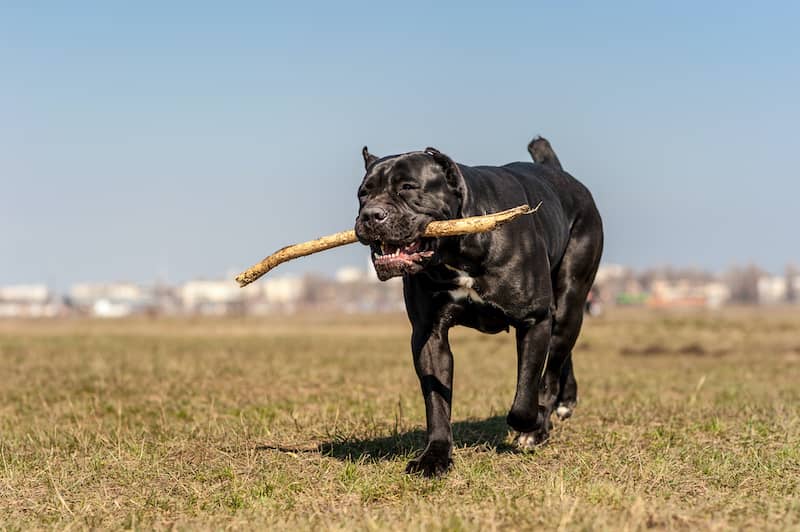 Their easy-going nature is also seen in their communication habits. Cane Corsi tend not to bark frequently unless suspicious of a threat and instead express themselves through other forms of vocalizing like snorting and grunting.

A typical Cane Corso has a lifespan of 10-12 years. The health issues common to Cane Corsi are typical for giant breeds. Most notably, they are more likely to suffer from conditions such as hip dysplasia, idiopathic epilepsy, demodectic mange, bloat, and eyelid problems such as cherry eye and entropion.

Many of the following health issues are connected to genetics, so it’s important to work with a good breeder who performs genetic screenings, is honest about potential health issues, and offers a health guarantee on puppies.

A seizure disorder that begins at around two years old, though it can have an onset anytime between nine months to five years. Idiopathic means the cause of the seizure is unknown.

Refers to a type of skin and hair condition caused by an overactive immune response to Demodex mites. Demodectic mange isn’t contagious to humans or other animals. It’s more common in young dogs and can be localized to the face and legs or spread throughout the body.

Bloat is a life-threatening emergency in which a dog’s bowels seize up and twist. The torsion causes gas to build up in the dog’s digestive tract, and if left untreated, can cause death. Bloat is most common in large, deep-chested dogs and is avoided by encouraging slower eating and drinking habits that prevent the dog from gulping too much air.

Dogs have a third eyelid which can become red and inflamed, causing it to droop below the second eyelid. Surgery is often required to remove the problematic eyelid.

Another eyelid condition, entropion occurs when the eyelid curls inward and causes the eyelashes to scratch and irritate the dog’s cornea. Surgery is usually required.

Some other issues common to Cane Corsi, particularly joint issues, can be minimized by preventing obesity. This is why proper care and nutrition are key.

Cane Corsi are generally healthy dogs and most will do fine on any high-quality dog food. Be sure to start them off on puppy food for large breed dogs, which will help minimize bone and joint issues during the puppy’s rapid growth stage.

As adults, be sure your Cane Corso’s dog food has an AAFCO nutritional adequacy statement that indicates that the food is “complete and balanced.” This means it has all of the nutrients your dog needs in the proper ratios.

Lastly, be sure to avoid overfeeding your Cane Corso so they don’t become overweight. Obesity is linked to shorter lifespans and joint and hip issues, particularly in giant breeds like Cane Corsi. If you’re not sure how much to feed your dog, consult your veterinarian.

Cane Corsi have short, double coats that are easy to groom. They should not need frequent brushing, except during the spring and summer when their undercoat will shed more. During that time, brushing once a week and the occasional bath are sufficient.

Despite their size and athleticism, Cane Corso dogs are fairly relaxed and do well in a variety of living spaces. They thrive in homes with small or large backyards or even in an apartment as long as they’re walked daily. However, a house with a yard is still probably the best environment.

Cane Corsi make great jogging or biking dogs and will enjoy playing fetch in the backyard. Just be sure your dog has been properly socialized and that it doesn’t demonstrate any aggressive tendencies before you take them to an off-leash area.

If you live in an apartment, check your lease agreement for any breed restrictions prior to taking home your new puppy. Many apartments have bans on Cane Corsi and other Mastiff breeds.

The Cane Corso Association of America has a vetted list of Cane Corso breeders throughout the United States on its website. This is a great place to start, especially if they list a breeder in your area.

The American Kennel Club is another good place to search for a Cane Corso puppy. If you use their Marketplace, be sure to check for an AKC Breed Standard Merit Badge and AKC Club Member Sticker.

If you find a breeder through a different channel, use the American Kennel Club or VCA Hospitals’ tips for finding a responsible dog breeder. 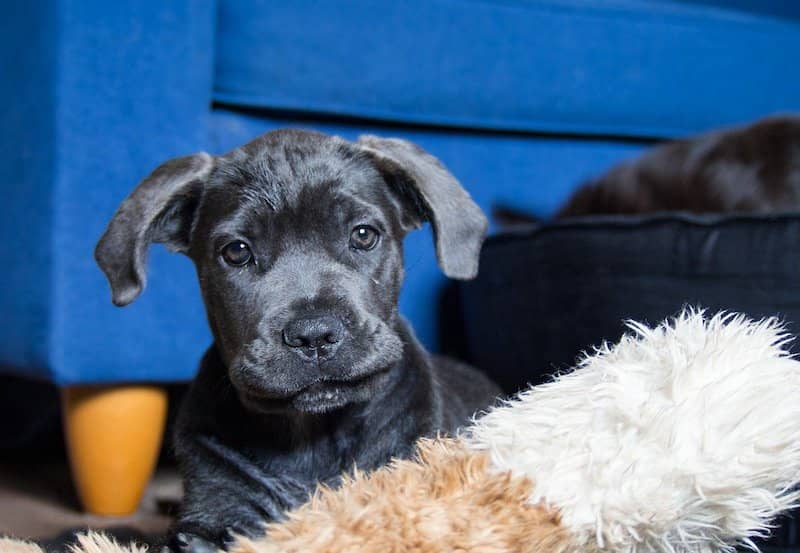 With a large and territorial breed like the Cane Corso, it’s critical that you work with a responsible breeder and train the dog properly. Start when it’s a puppy, especially if you’re interested in acquiring a family dog. Cane Corso dogs that have been raised in puppy mills and/or that have been abused aren’t recommended for families with small children.

Is the Cane Corso dangerous?

The Cane Corso is not necessarily an aggressive or dangerous breed by any means. However, since Cane Corsi are incredibly strong and have been bred as guard dogs, proper training and socialization are critical. Without it, they could be dangerous to both people and other animals. A dog’s potential for harm depends on a number of factors, including training, socialization, genetics, and prior abuse.

Is the Cane Corso aggressive?

Cane Corso dogs can be “aggressive”, but territorial is a better word for their overall temperament. They’re wary of strangers (including people and other dogs) unless socialized well at a young age, but aren’t typically aggressive toward their owners or other family members.

Yes. They have been bred as guard dogs and watchdogs on farms since the fifth century, so are territorial by nature. They are also easily trainable. This makes them excellent watchdogs.

Is the Cane Corsi a good family dog?

They certainly can. They tend to be very loyal and are generally good with children. However, watch for any aggressive tendencies and intervene early. It’s important to remember that if someone is playing or roughhousing with one of your kids, the Cane Corso might think the child is in danger and may even attack the person out of a desire to protect the child. Avoiding this type of accident is one of the many reasons proper training and socialization are so important.

No, Cane Corsi are not hypoallergenic. If you’re only mildly sensitive to dog hair, you might be okay with a Cane Corso because of their short coat and low shedding. However, if you have serious dog allergies or are allergic to dog saliva, steer clear. Dog saliva, in particular, can be a problem as Cane Corso dogs are prone to excessive drooling.

There’s much to love about the Italian guard dog, the Cane Corso. Whether you’re looking for a dog to protect the house or a friendly family pet, the Cane Corso is an incredible companion. Their loyalty, strength, and affectionate temperament are sure to melt your heart, as will their sweet, slobbery smile. When working with giant breeds like the Cane Corso, be sure to buy from a responsible breeder, train and socialize early, and invest in a high-quality food designed for large dogs. 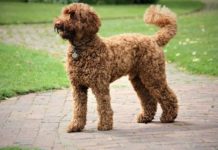 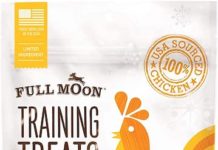 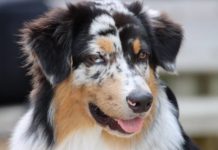 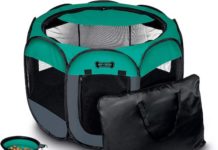 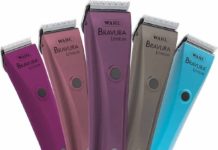 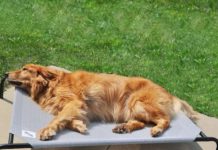 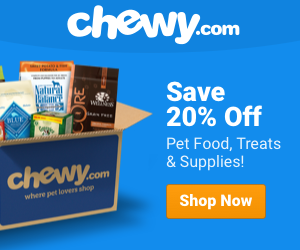 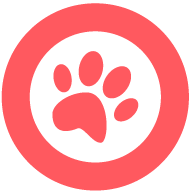